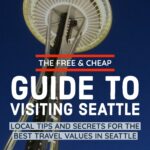 Seattle is an amazing place to visit, but with basic hotel rooms starting at $130 per night, budgeting for a low-cost trip to Seattle can be a huge challenge. As a graduate student, I and my friends have discovered some fun, free ways to get the full Seattle experience, so today’s blog post is all about sharing some Free & Low-Budget Adventures Seattle has to offer.

Just called the “Ballard Locks” by locals, this free spot is a fun way to spend a morning, and tends to be an engaging spot for everyone (between the attached botanical gardens, the mechanical functioning of the locks, and the wildlife, this stop pleases just about any demographic from kids to older adults). If you plan ahead, you can get a FREE TOUR of the locks that lasts a full hour, by visiting Chittenden Locks Official Site.

The ships locks are actually a few (FREE) attractions combined:

1. botanical garden – As you enter the park from the north, you’ll walk along the edge of a well-manicured botanical garden that is open to the public at no charge. It’s a great place to plan for a picnic.

2. ship locks – It’s a busy canal where ships coming in from the salt water Puget Sound are raised 8-10 feet to the level of fresh-water Lake Washington (or vice a versa, lowered). The locks are constructed much like a dam except for two channels where visitors can watch the operators raise and lower vessels ranging from fishing dinghies to small cruise ships.

3. fish ladder Across the canal from the locks, there’s a fish ladder where, about half of the months of the year, you can watch salmon climbing the tiered waterfalls to reach the freshwater of Lake Washington. Follow the steps down below the waterfalls, and enter the viewing room where you can see a tank of salmon passing as they race upstream.

4. wildlife – Don’t rush across the bridge that allows you to cross the dammed portion of the channel. When the salmon are running, this area teems with marine mammals looking to snatch an easy meal. Despite the proximity to people, harbor seals, otters, and a wide variety of other wildlife can be seen from this bridge. Take a few minutes to stop, quiet yourself, and look- they can blend into the swirling waters.

Marine mammals such as sea otters and harbor seals can be reliably spotted from the pedestrian bridge between the Ballard Locks and the adjoining fish ladder. Pause at the side of the bridge and focus on area of water where the salmon enter and leave the ladder to spot various marine mammals hanging out waiting for an easy meal.

The salmon ladder is also a great spot to see salmon. In addition to watching the salmon leap up the ladder, there is a free exhibit underground where you can see Salmon swimming against the current to get upstream to spawn (Viewing windows open during daylight hours during salmon season, July-September).

Ferries aren’t free, but for less than $9.00 per person, you can spend up to hours cruising on the Puget Sound, (Compared that to $40 for a 1-hour Sightseeing Cruise along the coastline with a popular tour boat) they are one of the best deals in Seattle. WSF Ferries are impressive ships and include majestic views of the Seattle skyline, Olympic mountains, and, not infrequently, whale sightings.

Bainbridge Island – ($9.05 adult round trip) From the WSF Ferry Terminal in downtown Seattle, Bainbridge Island is a 35 minute trip across the sound (here how to navigate the ferry and get there: Airport to Bainbridge, or Pike Place Market to Bainbridge). The small-town style downtown, a waterfront park/marina, and a (free) art museum are all within easy walking distance of the Bainbridge Ferry terminal- here’s a list of other things to do on the island.

Bainbridge makes a great budget day trip not just because I love any excuse to ride a ferry, but also because dining in restaurants is a bit cheaper there than in the city and the art museum (open 364 days a year) is free to the public. Bainbridge’s art museum doesn’t ask visitors to make donations on entry and the collections are generally quite good- often featuring a mix of exhibitions that appeal to a wide variety of visitors.

Bremerton – ($9.25 adult round trip) You can also catch a ferry to Bremerton from the Seattle Ferry Terminal. While Bremerton is a more commercial/military route, and there are less tourist-friendly developments on the Bremerton side, it is a longer ferry ride that offers more scenic viewing of the Puget Sound region.

This ferry route is about 1 hour each way, and still only $9.25 for the round trip price current as of fall 2021). It was from the Bremerton Ferry in June 2016 that I spotted an Orca swimming about 100 yards from the ship! Click here to view the Seattle > Bremerton WSF sailing schedule.

*If you travel by ferry at night, stay on the deck and watch the water. Though bloom varies from season to season according to water temperature, bio-luminescent plankton are native to the Puget Sound and are often visible as a faint glow in the churning waters behind PNW ferries. For more Settle Ferry Pro Tips, click here.

If you are attempting Seattle on a budget, entering the Space Needle should be the first thing cut from your list. Admission to the space needle starts at $25 per person, and even with a summer reservation you can expect to spend more than an hour in line for views that aren’t much more impressive than those seen from the free overlook at Kerry Park, which your whole party could take a rideshare to for less than the cost of one ticket up the Space Needle.

However, just because admission is high doesn’t mean you shouldn’t visit the space needle! The park around the base of the needle is called Seattle Center and is the site of many free events, sculptures, water fountains, playgrounds, and primo backdrops for a selfie with the space needle. Check the Seattle Center calendar for free events during your visit and if it’s warm, be sure to bring towels and a change of clothes after your little ones enjoy the splash-friendly fountains.

Whatever you do, don’t rent a car for your Seattle trip. Seattle is one of the least car-friendly cities in the USA, and due to the housing boom you can expect to have to pay for parking at hotels, restaurants, attractions, and even on the street. Hotels downtown rarely charge less than $30 a night for overnight parking!

Instead, try taxis, rideshares, and public transportation to get around fast, with less headache, and a lower cost.

But whatever you do, don’t uber from the airport. Rookie mistake. The light rail is a fast, efficient way to get from SeaTac to Downtown Seattle- and it’s less than $4 for the whole trip (compared to $30+ for a ride-share ride). Even if you aren’t staying downtown, the Lightrail Link can be a way to outsmart traffic- from downtown you can catch a rideshare to anywhere in the city for much less money than traveling directly from the airport. Here’s my guide to using public transportation to get from Seattle’s airport to the Pike Place Market neighborhood where all the tourist fun happens.

I already mentioned Bainbridge’s free art museum, but if you time your visit right, even Seattle’s prestigious Seattle Art Museum could be free. On the first Thursday of each month, the SAM offers tickets to most collections at no charge. For other museums that are free, see Free Museum’s Seattle Page.

One year-round free museum? The Olympic Sculpture Park is a feature of the SAM that is open year-round at no charge. Because it’s within walking distance of Pike Place Market and is adjacent to the Elliott Bay Trail, (all free activities) it’s on my Seattle Can’t-Miss List. Even better, from June 11 through Aug. 11 the sculpture park and its sloped overlook of Elliott Bay is a prime viewing spot for the sailboat regatta held each and every Thursday night at 7 pm.

The deep, calm waters of the Puget Sound are the largest estuary (place where salt and fresh water mix) in the contiguous United States. This unique environment is home to a diverse variety of marine life. The Seattle Aquarium (Admission: over $30.00 per person) is one excellent place to get a glimpse of the wildlife that calls the Puget Sound home. But there are several free ways to get up close with marine life in a more natural setting:

Another way to see Seattle’s wilder residents, with an admission of $0, is by visiting one of the many area beaches at low tide. Low tides in the summer in Seattle can drop sea levels to -3.5ft below sea level. Tides this low can  expose vast amounts of the sea-floor that might be underwater 99 of the year.

Checking the tide charts and planning your visit ahead may mean getting to see sea stars, anemones, crabs, sea cucumbers, and countless other creatures of the Puget Sound intertidal zones up close and in the wild. I usually check my tides here. In the summer, tides can go as low as -3.5ft, but any tide under -1ft will expose a section of the intertidal zone.

My favorite beach for low tide exploring is the park adjoining the Edmonds Ferry Dock, but because it’s a 30-minute drive north of Pike Place Market neighborhood, it may not be a convenient stop for tourists without a car.

For those on foot, nearly any of Seattle’s beaches will offer exciting exploration during a good low tide. Myrtle Edwards Park is adjacent to the Olympic Sculpture Park, downtown, and offers several small beaches (called pocket beaches) worth exploring, while friends have reported good luck low tide exploring at Carkeek Park and Alki Beach.

Tips on Low Tide Exploring: 1. Most creatures in the Intertidal Zone avoid exposure to sunlight during low tide, be sure and look under rock overhangs and between boulders. 2. Seattle has MANY beaches, but keep in mind that many are lakefront, not Puget Sound beaches. Only Puget Sound beaches will be impacted by low tides.

Started in 2017, Transit to Trails is a program in Seattle that, on weekends, runs regular routes between Downtown Seattle and various mountain trails in the  “Issaquah Alps” section of the   Cascade Mountain Range. Passage is only $2.75 each way, and can be paid with cash or an ORCA card purchased from the ATM-like vending machines at Light Rail Train Stations in Seattle and Sea-Tac.

Although they don’t yet include a route to my favorite hike, Seattle’s Gnome Trail, they do cover an increasing number of trailheads each summer. 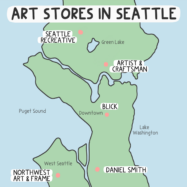 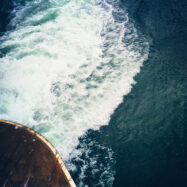 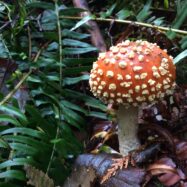 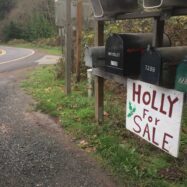