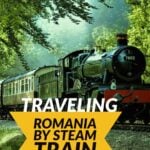 If you have the luxury of a slow-paced visit to Romania- the kind of visit where you can wander and take time to unwind enough in one location to allow your senses to take in the experience of an utterly unique place on the globe- the Maramures region of Romania should move to the top of your Romanian travel priorities.

The region known as Maramureș (pronunciation examples here) is an area in northern Romania that extends into western Ukraine. It is situated on the northeastern end of the Carpathian mountain range. While most of Romania has leapt into modern life, this region has held many of the traditional ways of life. The soundtrack of most of Romania follows the beat of urbanization heard in all corners of the globe, but in the Maramures I was struck by the unique backdrop: steam trains, cart horses’ hooves on pavement, and the wisp of hay being cut and stacked by hand during my late summer visit.

By Train: Visiting the Maramures forest and the Mocanita steam train in northern Romania was, unexpectedly, one of the most remote places I have ever visited. Hopping a train from Cluj was easy, but when the train arrived at the state-owned rail station nearest to the Mocanita steam train’s starting point, I was in for a bit of a surprise. There, in Sacel, Romania, I was introduced to the kind of train station where one must flag down your own train for departures, and a well is provided for travelers to draw up their own water. I’d expected I would arrive at the train station and, like train stations around the world, flag down a taxi or order an Uber but at this shuttered and overgrown station on a dirt road about a mile from the actual town of Sacel,  I found myself briefly stranded. (The Sacel, Romania train station is atop a hill about 1 mile from Sacel, proper- which is, itself, a tiny town about 20-minute drive from Viseu De Sus where the Mocanita Train is based)

By Car – Renting a car is the best way to reach Viseu de Sus, but public transportation options exist.

The Most Adventurous way to Arrive: My host in Viseu de Sus advised me that the best way to reach Viseu de Sus directly by train is by purchasing a passenger fare on the logging train, and it can be arranged on your behalf for guests of Penusla Barsan.

It turns, getting there is a lot easier than getting back to the well-trodden tourist path in Romania! The only outbound trains leaving Sacel from the shuttered station during my visit required flagging down a train passing at 3:45 am or 9pm! Ultimately I decided to hire a taxi from Viseu all the way to Bistrata (a 2 hour trip) at the cost of about $50 USD. From Bistrita I was able to catch an afternoon train to my next destination.

The following section may contain affiliate links. As an Amazon Associate, we earn from qualifying purchases.

1. Bring a pillow. The train is bumpy and all the vast majority of seats on this line are unpadded wood- with a few very thinly padded options. Bringing a pillow, Turkish towel, or even an extra layer of clothing can help manage the bumps and provide insulation between slatted seats and often very cold air.

2. Dress in Layers. This seems almost a given for travel: but I’ll repeat: dress in layers. The deep woods and higher elevations, plus the small wind generated by the slow movement of the train can bring a chill even on an otherwise warm day. In the winter, this train is known to be an extremely cold journey- so plan layers, extra covers, and potentially starting out the day by refilling water bottles with very hot water to use as warmers.

3. You cannot switch seats. Once the train has started, you’re stuck with the seat you chose. While there is no policing, the train is crowded enough that free seats will be occupied or overflowed into with luggage

4. book a weekday. This train line can get pretty crowded- many days running three trains (30 minutes apart) to accommodate demand. Weekend and holidays are the busiest.

5. Instagram tip – if you want the iconic “hanging off a steam train car photo” you’ll need to plan on getting this shot while the train is STOPPED. The steam continues to billow from the locomotive for a few minutes after disembarkment, so wait for the train cars to unload at a stop, then climb aboard whichever car can frame the shot you’re dreaming of.

6. BATHROOMS – There are no bathrooms of any kind onboard the train, but the good news is that there’s no point at which the train runs for more than an hour without stopping at a stop offering some kind of facilities. The first stop (which is then also, at the end of the day, also the last stop) has crude outhouses, but the other stops have varying levels of service. The main stop- where lunch is served and the museum is located- includes a well-maintained toilet with running water, toilet paper, and maintenance staff on hand.

7. Seating – Choose a seat on the LEFT of the train (when facing the engine) For roughly 80% of the trip the river (and accordingly, the most majestic views, will be visible from the left side of the train) Thanks to some maneuvering during the lunch stop, the train goes out and back with the passenger cars aligned the same way, so the views do not swap on the return trip.

8. Plan to arrive an hour early. Instructions when purchasing tickets online instruct passengers to arrive 30 minutes before departure, but on busy days all seats on the left side of the train will be occupied by this 30-minute mark. Schedule to arrive early, drop a coat in the seats you want, and check out the food options nearby.

9. Open or Closed coach? I won’t make a recommendation on which class to choose, but here’s what you should know: When I arrived I was asked if I preferred and open or closed car. I asked the agent “which do you recommend: and he adamantly advised the open car, so into the open car I went- with some, at the end of the day, regrets:

Open Car
Pros: -cooler in the heat -more photography angles available. -body odor is less likely to be a problem on warm days.
Cons: -seats in the open cars are very small, hard, wood slats. -in winter, if they use these cars they would be freezing -the very open car feels a bit like a theme park ride rather than a vintage train car.

Closed car
Pros: -vintage look to your photographs -warmer on cool days (some cars have a heat source) -some closed cars have thin padding over the seats – in some cars, seats are slightly larger/deeper than the narrow seating in the open cars.
Cons- fewer angles open to photograph scenery – potential odor of a large group of people in an enclosed space.

Given the particulars of my body, I wish I’d selected the closed car, but there’s really no “great seats” on this train.

English Language Schedule and Brochures for the Mocanita Train 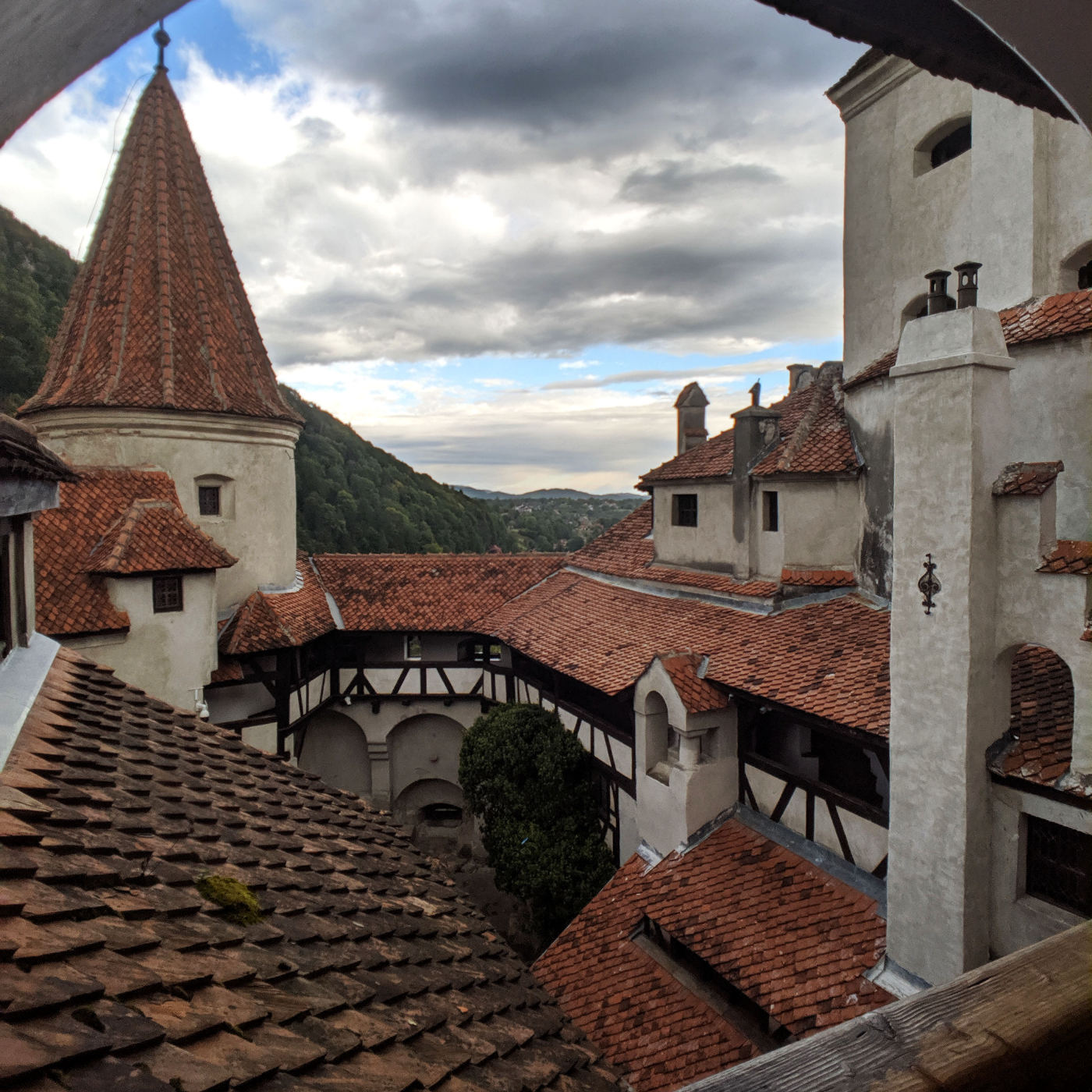 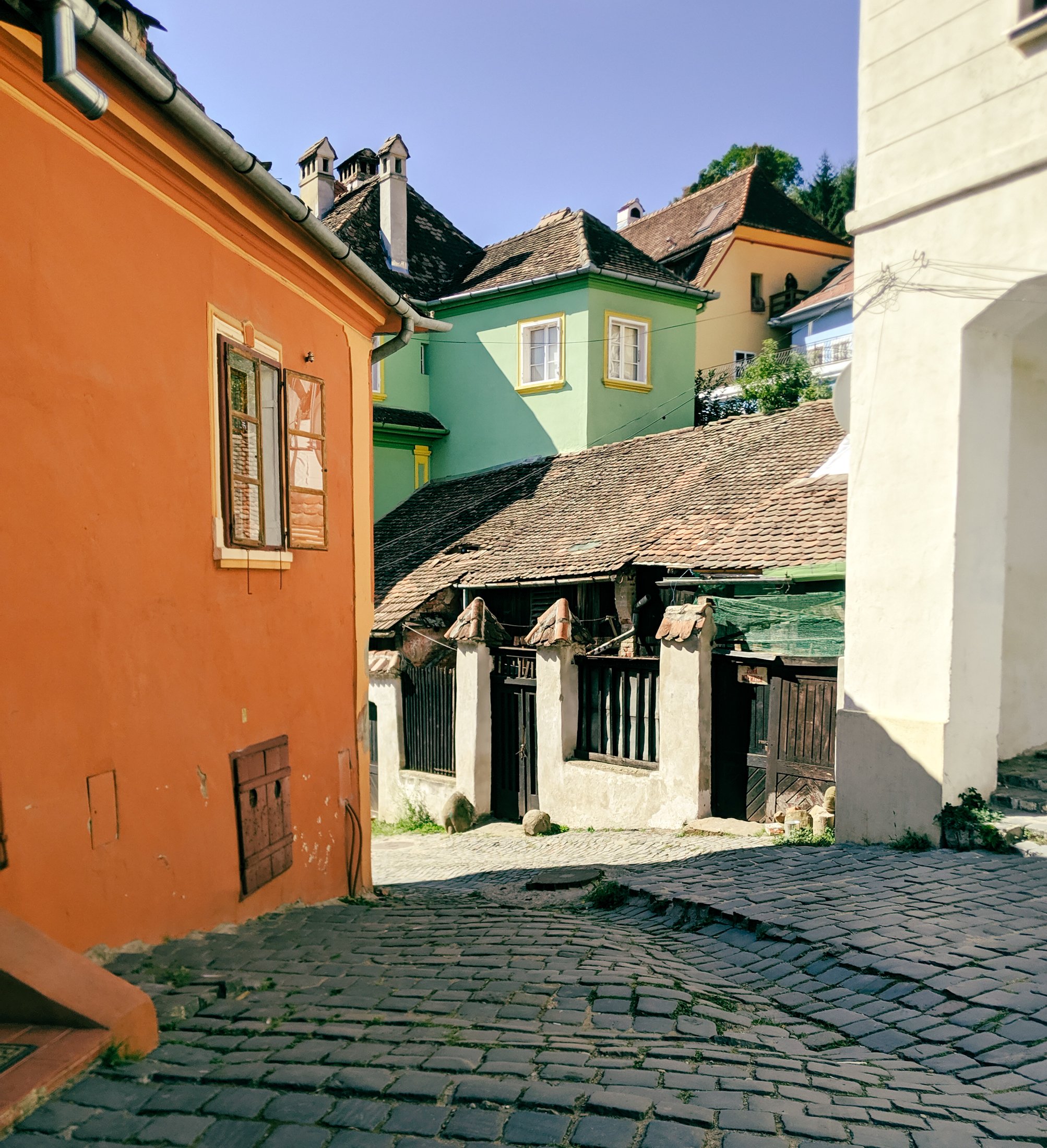 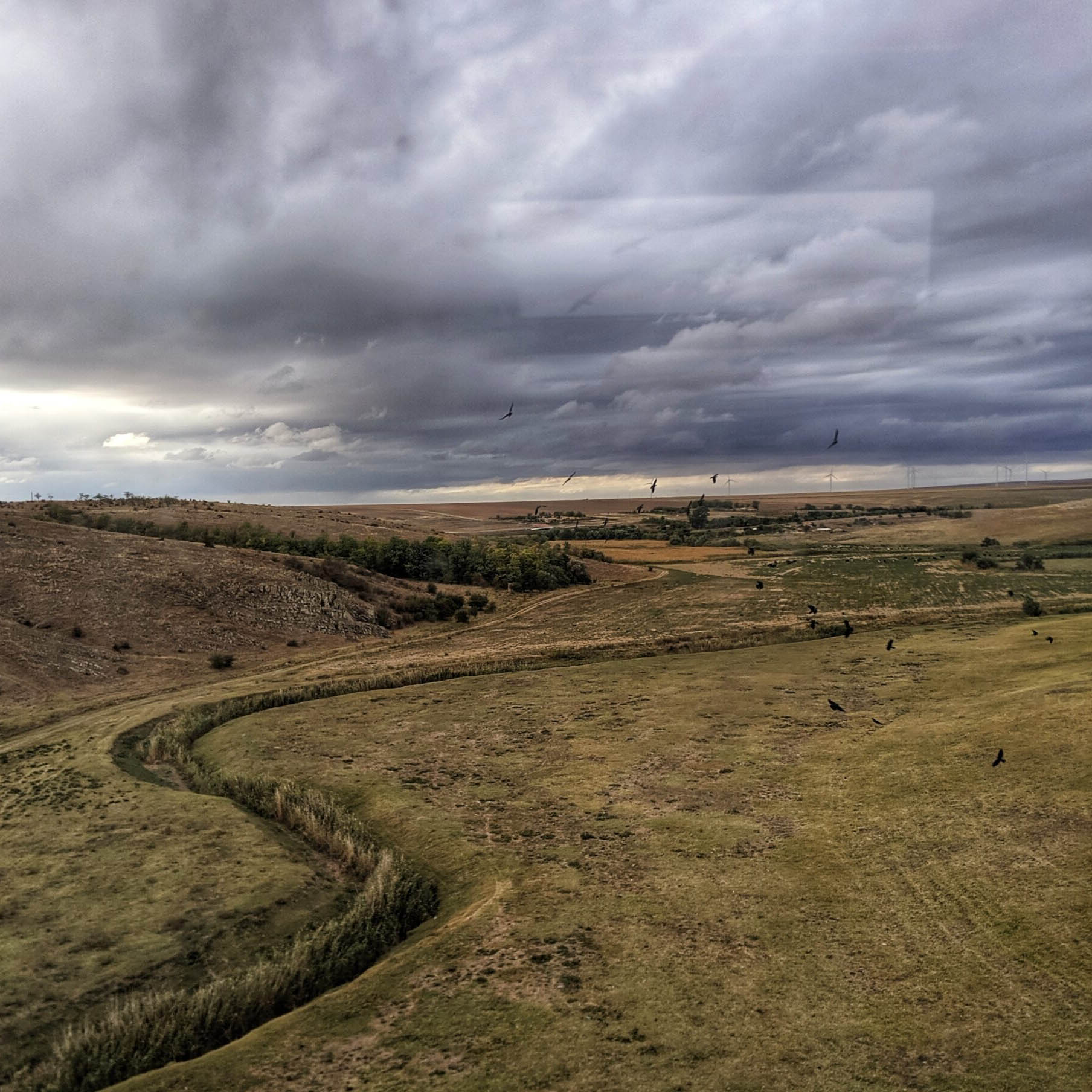 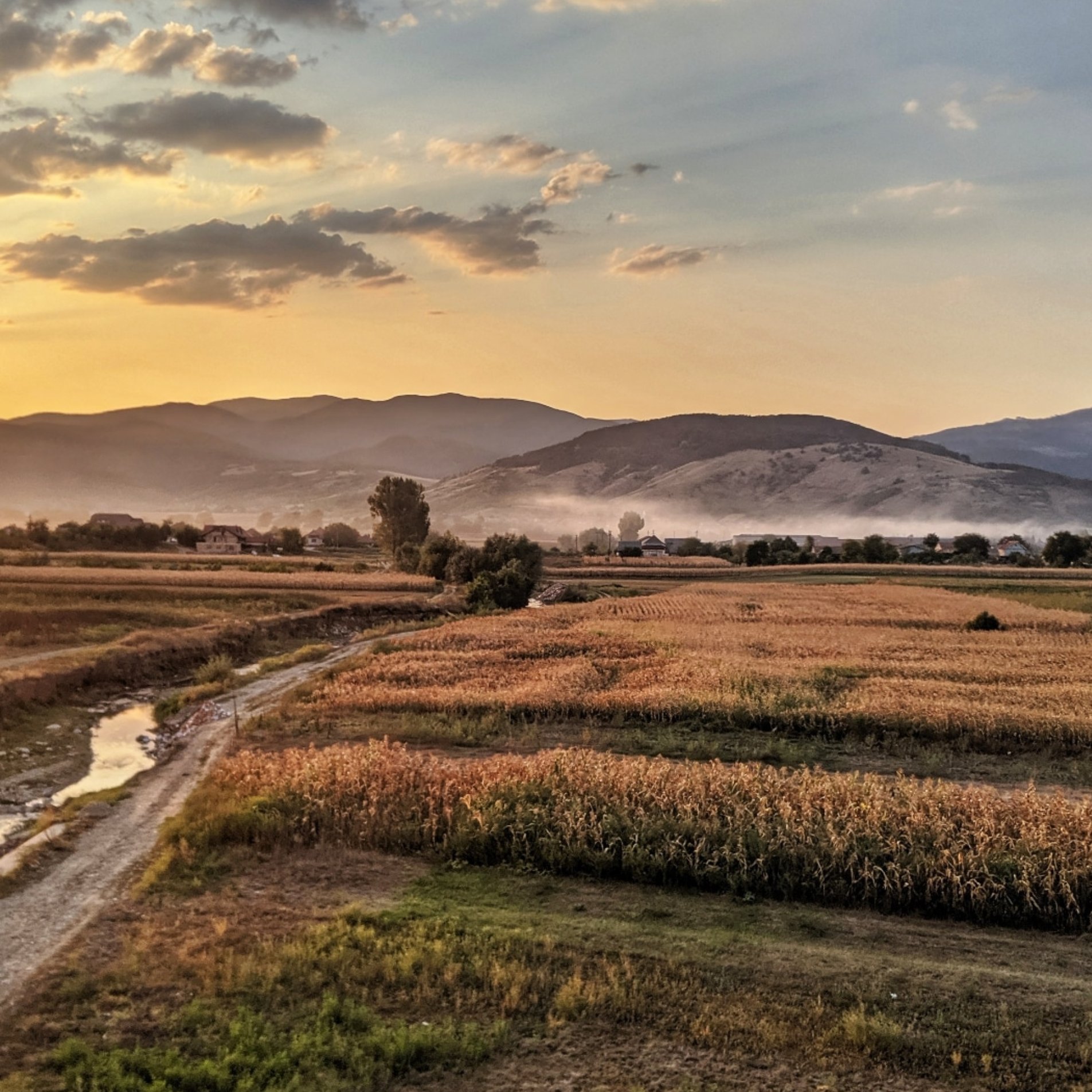 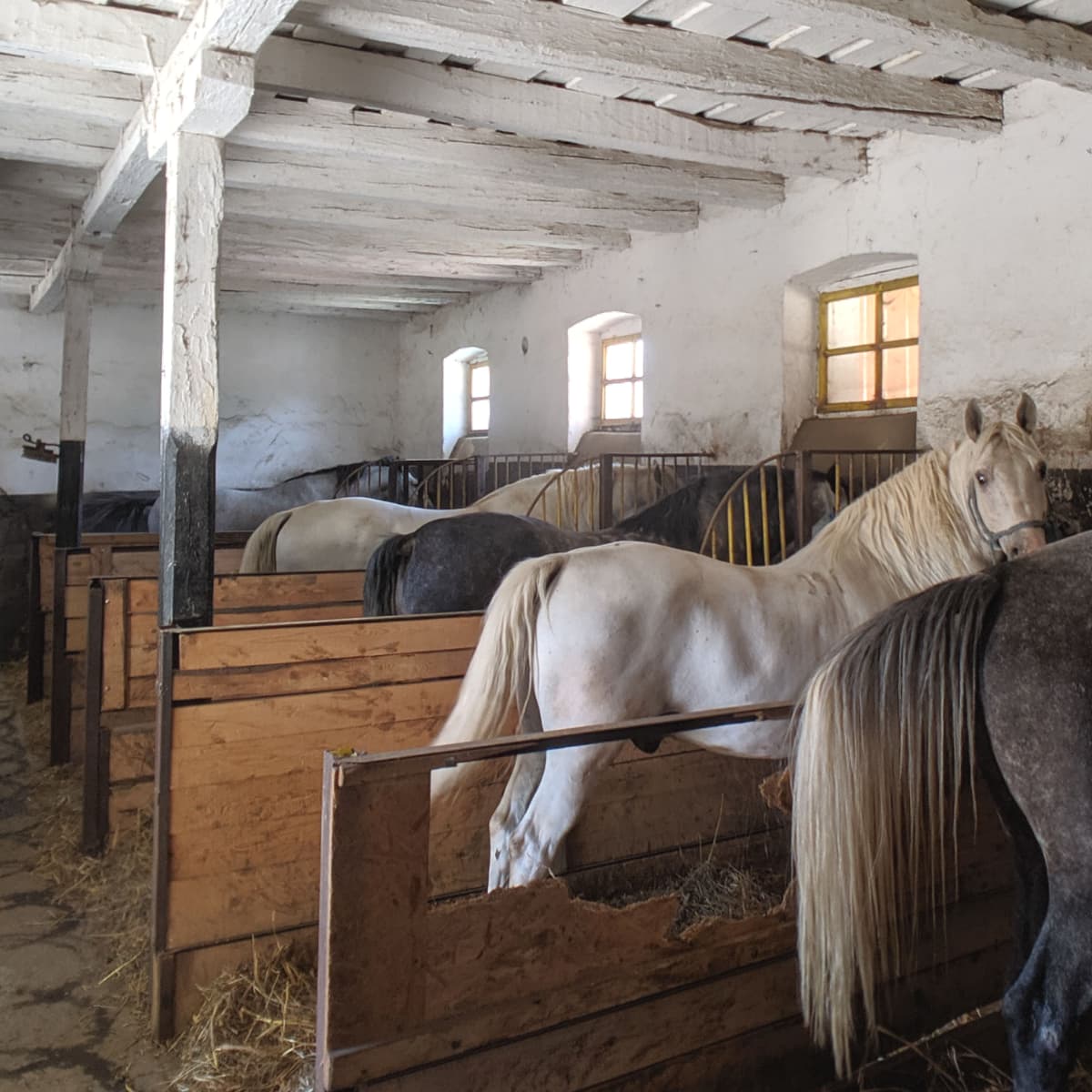 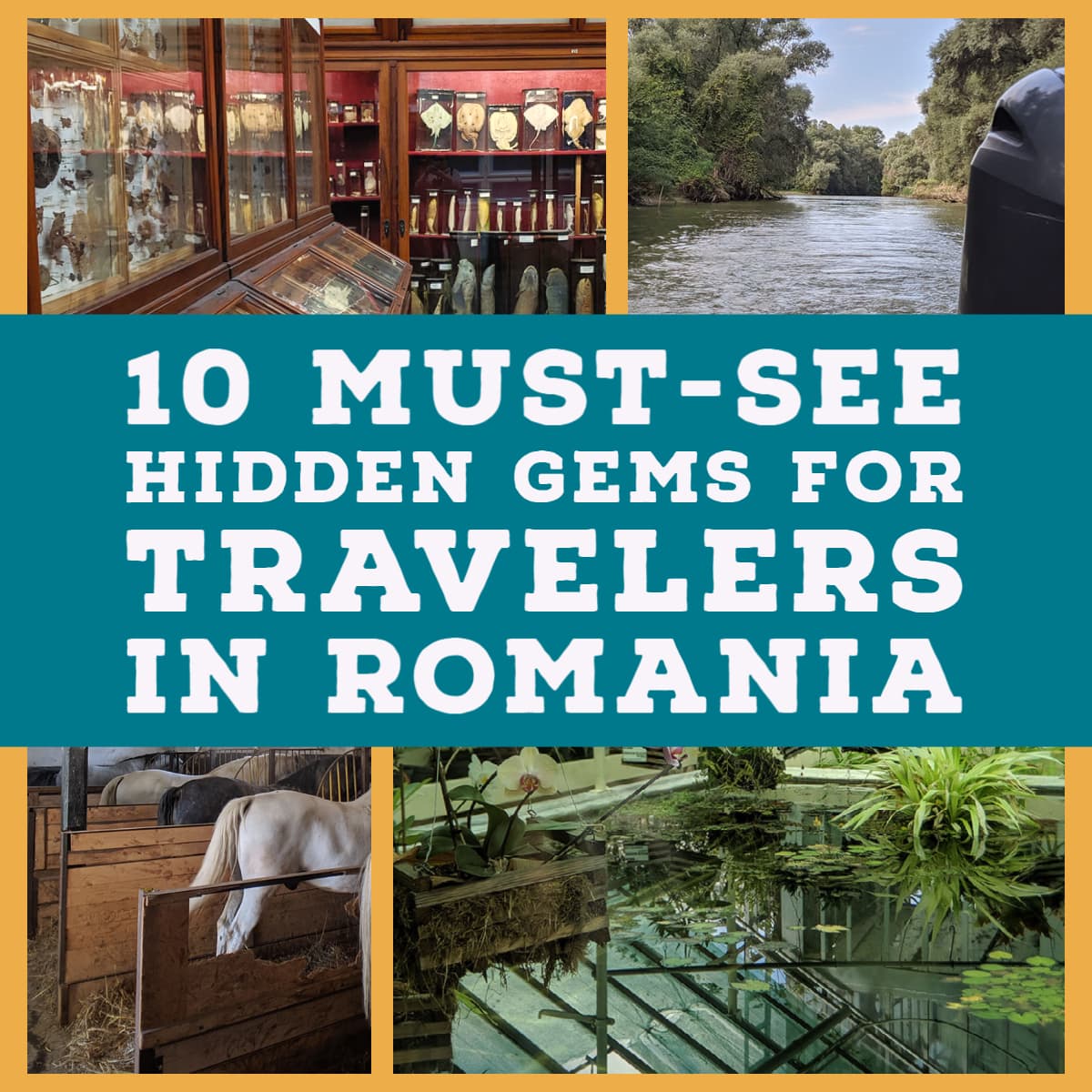 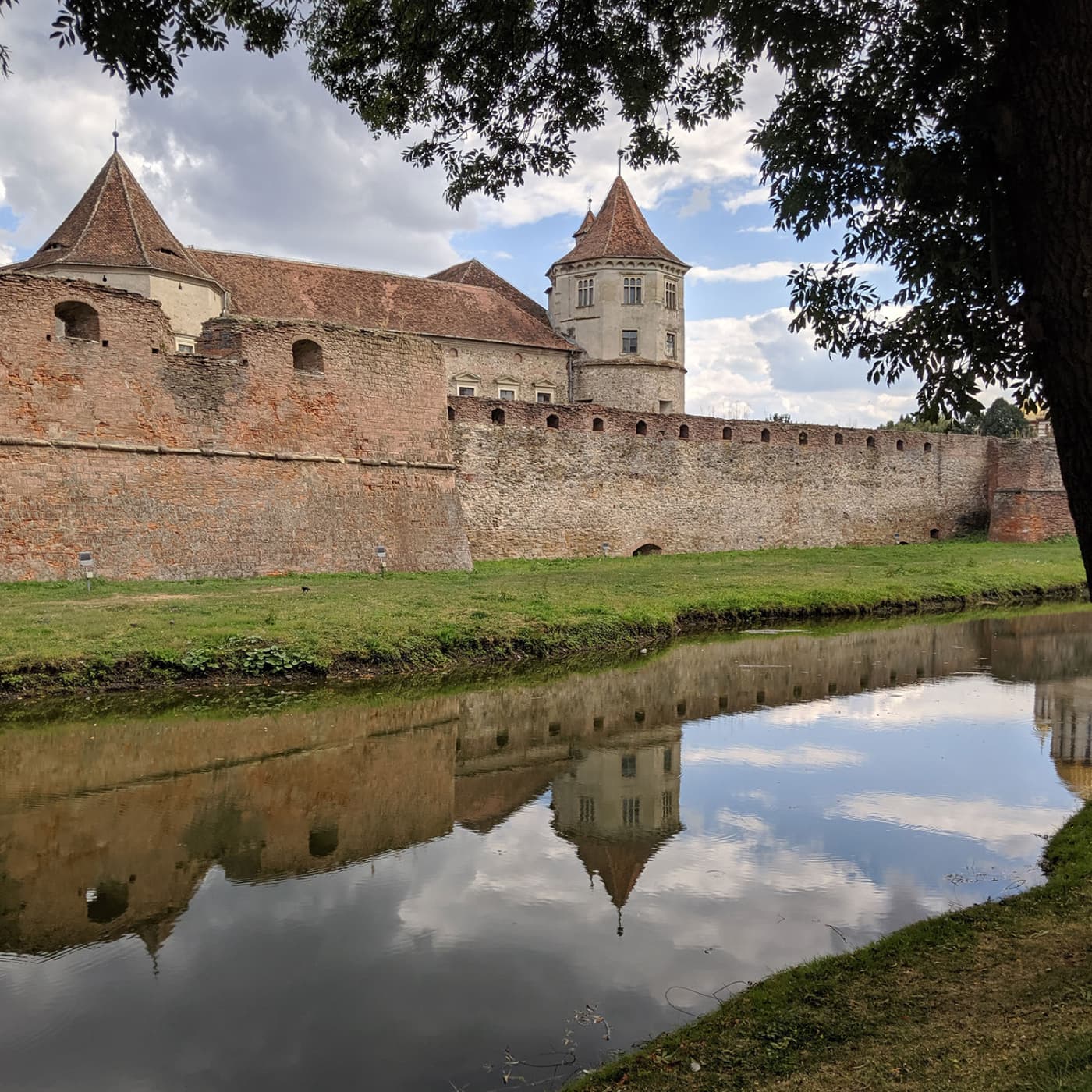